Insulin lispro is a soluble, rapid-acting human insulin analog that is used to lower postprandial blood glucose levels and is most effective when administered immediately before a meal. It has a rapid onset of action, and thus can exert its effects quicker than human insulin (Howey, D.C. et al, 1994). It was designed by an inversion of the prolyl, lysyl sequence at the end of the C-terminal of the B-chain (Figure 1a). Selected chemical and physical properties of insulin lispro are listed in Table 2.

In the pharmaceutical formulations, insulin lispro is a hexamer, stabilized by zinc and phenol-cresol. Once injected into the subcutaneous layer, m-cresol rapidly diffuses out,  weakening dimer interactions in this insulin and leads to hexamer disassembly (Bakaysa et al., 1996) into monomers (Figure 2). Once the insulin monomers have formed they diffuse through the paracellular junctions (adherens junctions) of the local microvasculature in to the blood, where they are carried throughout the body to target tissues, principally muscle, liver, and adipose tissue. Monomers bind to insulin receptors on cells, which, in turn, promotes glucose uptake. 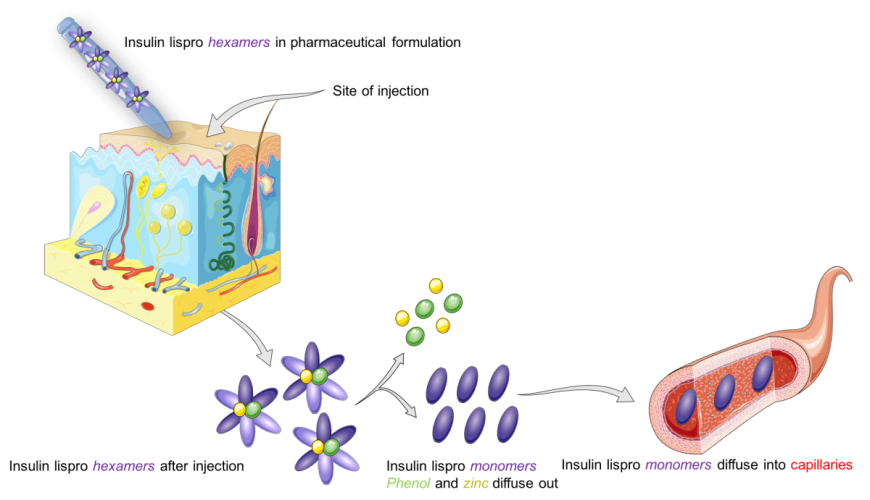 Figure 2. Image depicting subcutaneous injection to diffusion of insulin lispro in blood capillaries. Insulin lispro monomers are shown as purple ovals, while the presence of zinc and phenol are represented by ovals colored yellow and green, respectively.

Insulin lispro hexamers, in the pharmaceutical formulation, are each stabilized by two zinc ions and three phenolic ligands (Figure 3).

Figure 3: Insulin lispro hexamer (PDB ID 1lph, Ciszak et al., 1995), shown in ribbon representation. a. View looking down the Rf3 face of the hexamer; and b. View looking from the side so that the Rf3 face is on the top and the T3 face is down. The insulin A-chains are colored blue and B-chains are colored green. The zinc, chloride, waters, and phenolic ligands are colored using CPK colors, shown in ball and stick representations, and labeled. Circles with red dashed lines represent areas of the structure expanded in Figures 4a, 4b and 5.

The first two residues of insulin lispro’s B-chain (PheB1 and ValB2) are in Rf3 conformation are not part of the N-terminal helix. Crystal packing, seen in the PDB ID 1lph (Ciszak et al., 1995), suggests that these residues, positioned in the convex face of the hexamer, interact with the select hydrophobic residues in the concave T3 face of an adjacent hexamer, facilitating inter-hexamer interactions between the T and Rf trimers. These interactions may or may not be present and relevant in pharmaceutical formulations of insulin lispro.

Figure 5: Insulin lispro (PDB ID 1lph, Ciszak et al., 1995) in ribbon representation. showing a. Hydrophobic surface of the phenol binding site with a bound phenol. Adjacent dimer boundaries marked by a dashed line. b. Amino acid residues lining the phenol binding site, marked with their one letter code and position on the chain. H-bonds between phenolic ligand and CysA6 and CysA11 are not marked for clarity. Color coding as in Figure 3.

Insulin dimers are stabilized by hydrogen bonds, formed between the B-chain β-strands of adjacent monomers. In wild-type human insulin, four hydrogen bonds, each ~2.9Å, stabilize the T:Rf dimers (Ciszak and Smith, 1994). In addition, van der Waals interactions between the Pro28/Lys29 of one monomer and the GlyB20-GlyB23 loop of the adjacent monomer also contribute to dimer formation (Figure 6a). Inversion of the prolyl and lysyl residues near the B-chain C-terminus changes path of the protein backbone and eliminates some van der Waals interactions between insulin monomers at the dimer interface (Figure 6b, Ciszak et al., 1995). Although the insulin lispro dimer forms the same number of hydrogen bonds between adjacent β-strands, the two that are closer to the engineered sequence change, are longer (~3.2 Å) than those seen in the wild-type human insulin. This weakened dimer interaction explains ready dissociation and rapid action of insulin lispro. 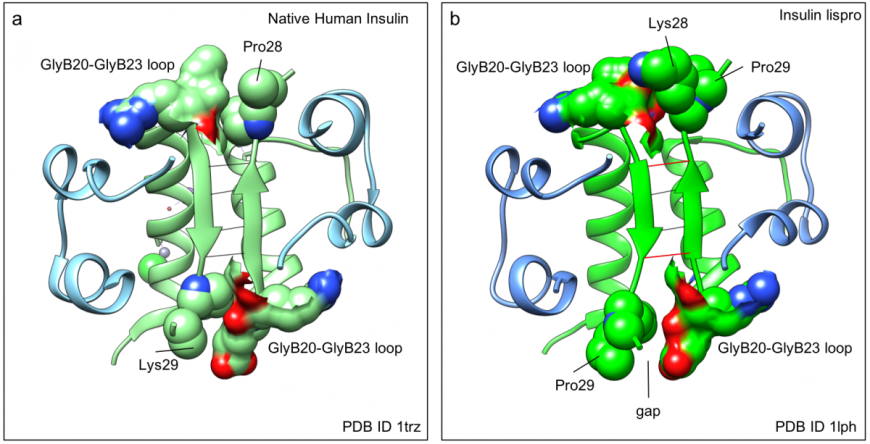 Table 4. Drug Interactions of Side Effects of insulin lispro

Humalog® (insulin lispro) was developed by Eli Lilly and Company and approved by the US FDA in 1996. It is prescribed as a fast-acting (meal time) insulin analog that is subcutaneously injected. It is available as pre-filled disposable injection pens or vials in 100 units/mL (U-100) and 200 units/mL (U-200) and is administered either 15 minutes before or after a meal.