Green fluorescent protein (GFP) is found in a jellyfish that lives in the cold waters of the north Pacific. The jellyfish contains a bioluminescent protein--aequorin--that emits blue light. GFP converts this to green light, which is what we actually see when the jellyfish lights up.

GFP's protein chain forms a cylindrical can, with one portion of the strand threading straight through the middle. The specific part responsible for GFPs fluorescence, called the chromophore, is shielded in the middle of the can. Jostling water molecules would normally rob the chromophore of its energy once it absorbs a photon. But it is protected inside the protein, releasing the energy instead as a slightly less energetic photon of light. The chromophore forms spontaneously from three amino acids in the protein chain: a glycine, a tyrosine and a threonine (or serine). 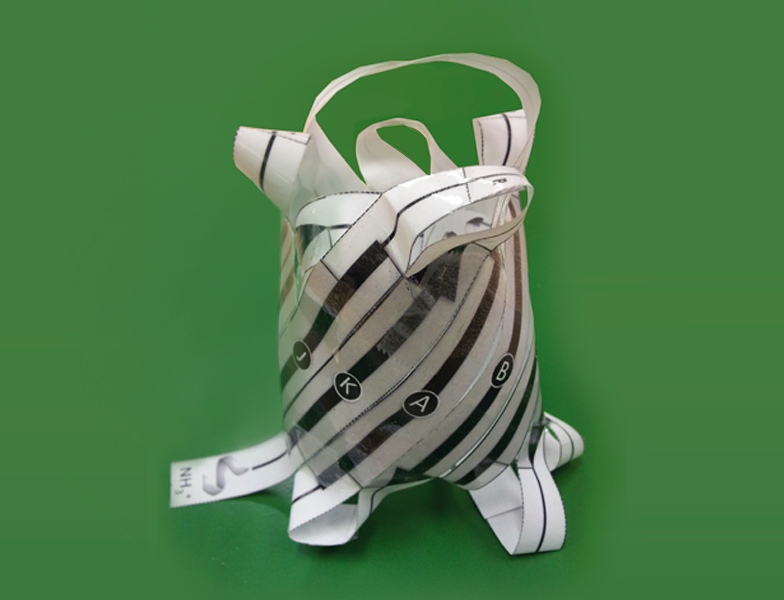 To build paper model of Green fluorescent protein, download and print the template PDF. Instructions for cutting and assembling are included.


Activity: Build the paper model and use a 3D viewer for further exploration.


Video: How to fold the GFP paper model


Use the PDB-101 Browser to explore more resources and articles related to Biotechnology.