Geis uses four colors to depict the hemoglobin tetramer structure. The heme groups are shown as white rectangular prisms. A red sphere is in the middle of each of these, representing an iron ion that allows capture of oxygen molecules. Hemoglobin is essential in transporting oxygen in vertebrates. 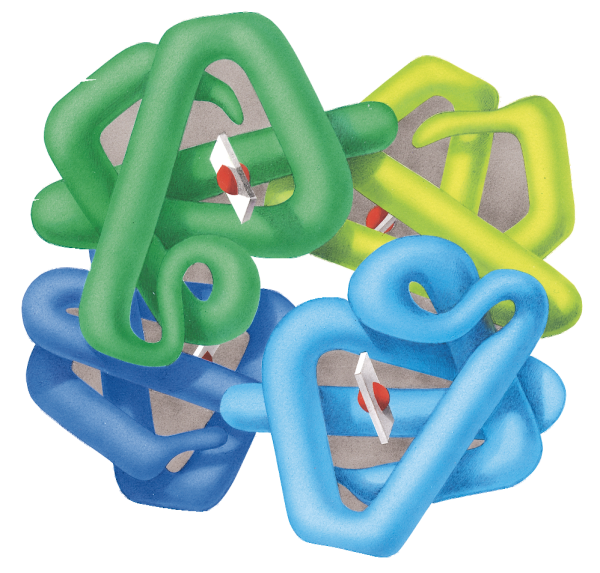 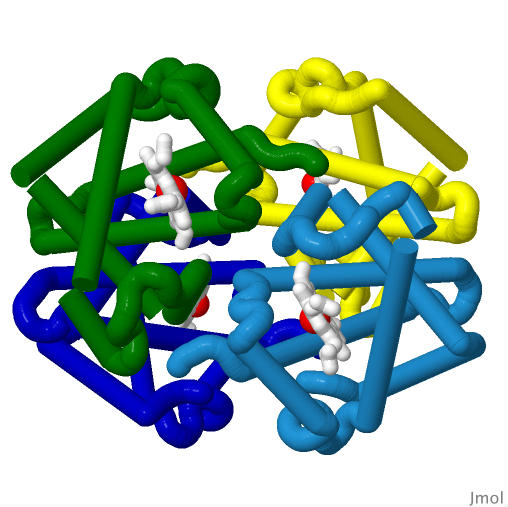 Hemoglobin is a protein found in the red blood cells of all vertebrates that is responsible for the transport of oxygen. The high iron concentration in the molecule gives blood its red color. Hemoglobin has a tetrameric quaternary structure of two alpha and two beta chains, each containing a ring-shaped heme group, giving the overall appearance of having four myoglobins combined into one structure. These heme groups use their central iron atom to bind oxygen, and, in this way, blood carries oxygen from the respiratory organs throughout the body. While hemoglobin is best known for its role in vertebrate respiration, it is also found in some invertebrates, fungi, and plants, where it transports other gases like carbon monoxide, nitric oxide, and hydrogen sulfide.