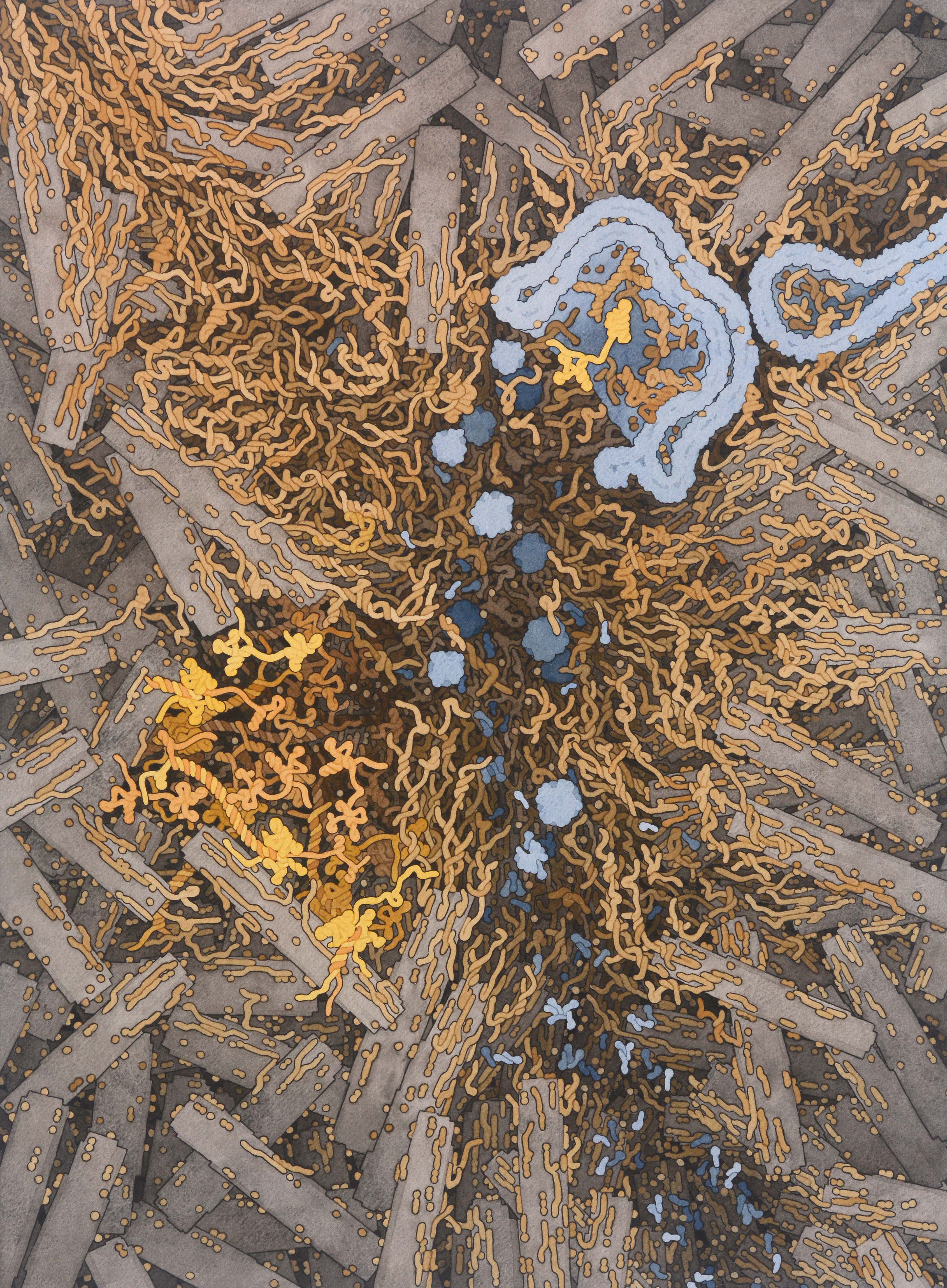 This speculative painting depicts some of the processes that have been proposed for the abiogenic origin of life on the Earth. The term “abiogenic” refers to theories of the origin of life that are completely inorganic and based on the presumed properties of the Earth at the time. The painting combines several overarching concepts.

First, the evolution of self-replicating RNA is thought to have played a central role. RNA (in tan) is depicted with an increasing level of complexity, starting with spontaneous synthesis of small strands (shown around the edges of the painting) and leading to a dense ribofilm of functional and non-functional strands (shown in the center). In a small pocket at center left, a catalytic RNA (brighter yellow) has been formed by chance is replicating multiple copies of itself.

Second, membranes must have evolved early in the origin of life, to package the new catalytic machinery into a primordial protocell. In the painting, this is depicted from bottom to top, with spontaneously generated lipid-like molecules entering at the bottom, associating to form vesicles at the center, and ultimately fusing into membrane-bounded compartments that trap the RNA at upper right.

Finally, many theories of the origin of life propose a central role for minerals, often situated at hydrothermal vents. The minerals act as scaffolds to help arrange spontaneously-formed molecular building blocks in close proximity, allowing reaction to form polymers, and perhaps even providing compartmentation in the earliest precursors to cells before lipid-based membranes evolved.

The painting was researched and rendered at a 2018 session of the Djerassi Resident Artists Program, kindly underwritten by Anne and Rodney Pearlman.