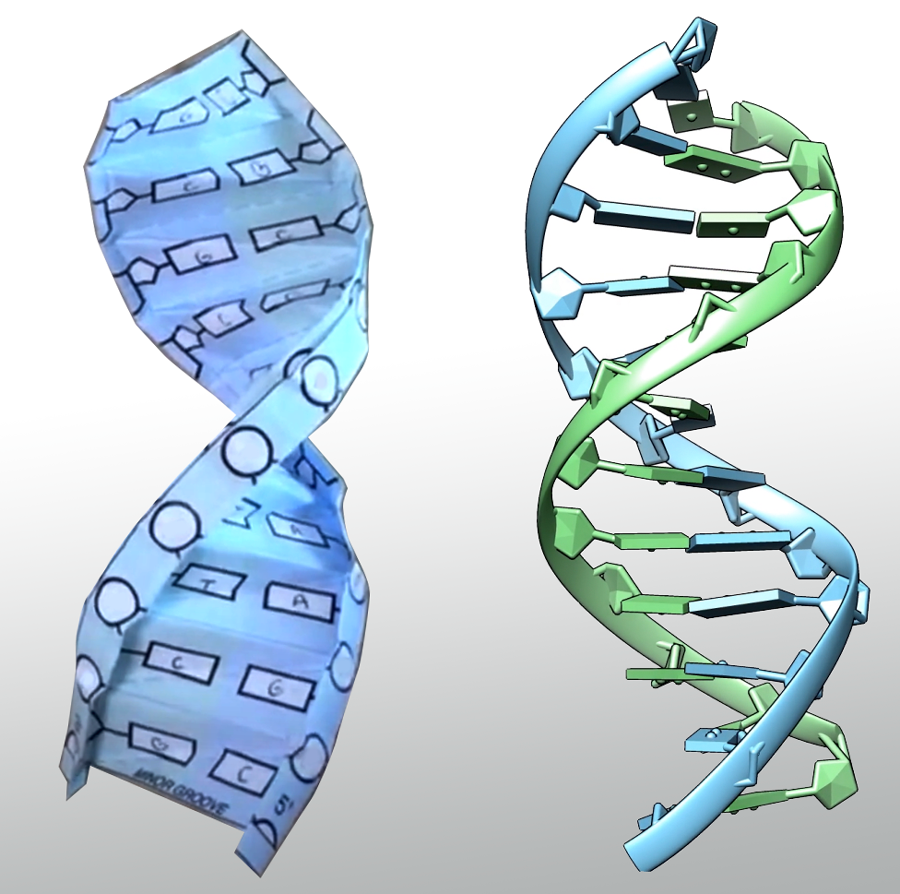 DNA is perfect for the storage and readout of genetic information. This information is stored in the sequence of Adenine, Thymine, Guanine, and Cytosine - also called A, T, G, and C. Each helix has a backbone made of alternating deoxyribose and phosphate groups.

Readout occurs in the 3’ to 5’ direction, making use of the pairing of bases between the opposing strands of the DNA double helix. In these pairings, A pairs with T and G pairs with C via sets of complementary hydrogen bonds.

The PDB-101 DNA folding template and folding tutorial are available in English and Spanish. The tutorial contains an introduction to the DNA structure followed by the folding instructions. 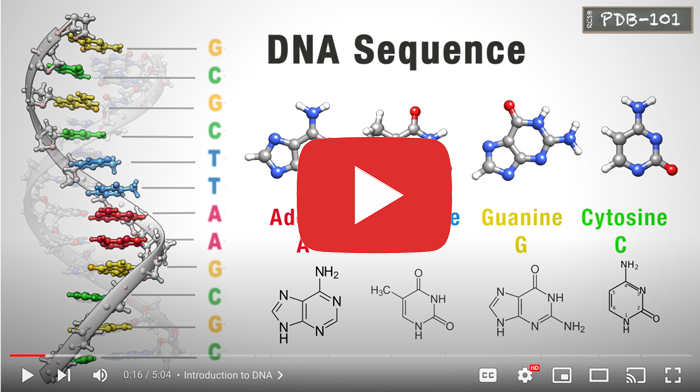 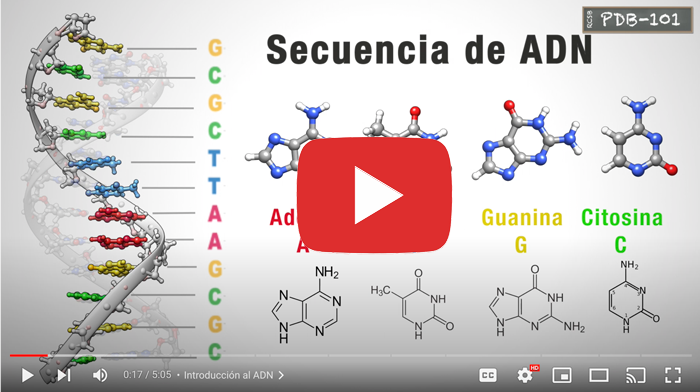 Explore all PDB-101 resources about DNA

Explore all PDB-101 resources about the Protein Synthesis

Explore all PDB-101 resources in Spanish