Molecule of the Month: Aminoglycoside Antibiotics 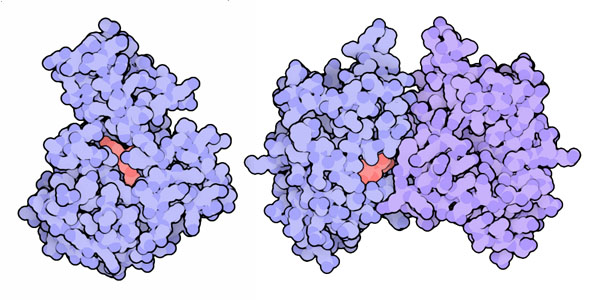 The discovery of streptomycin in 1944 provided the first effective treatment for tuberculosis. Ever since then, we have fought an escalating battle with bacteria using streptomycin and other aminoglycoside antibiotics. Researchers have discovered many natural aminoglycosides made by bacteria, and chemists have created entirely new antibiotics based on these effective natural defenses. In turn, bacteria have developed many different ways to protect themselves from attack by these antibiotics. These include molecular methods to control the entry of the drug into cells, pumps to eject drugs out of the cell (see the Molecule of the Month on multidrug transporters), and enzymes that directly modify both the target of the drug and the drug itself.

The major way that tuberculosis bacteria become resistant to streptomycin is to change the target of the drug. Aminoglycosides attack the ribosome, as shown in more detail below. The drug binds in a tight pocket on the small subunit of the ribosome, corrupting the proper pairing of codons and anticodons. Drug resistant bacteria, however, have developed enzymes that add methyl groups to specific bases in their ribosomes, making this pocket a bit too small for the antibiotic to bind. Two examples are shown here: the one on the left adds a methyl group to guanine 1405 in the ribosome (PDB entry 3frh ), and the one on the right modifies adenine 1408 (PDB entry 3pb3 ). 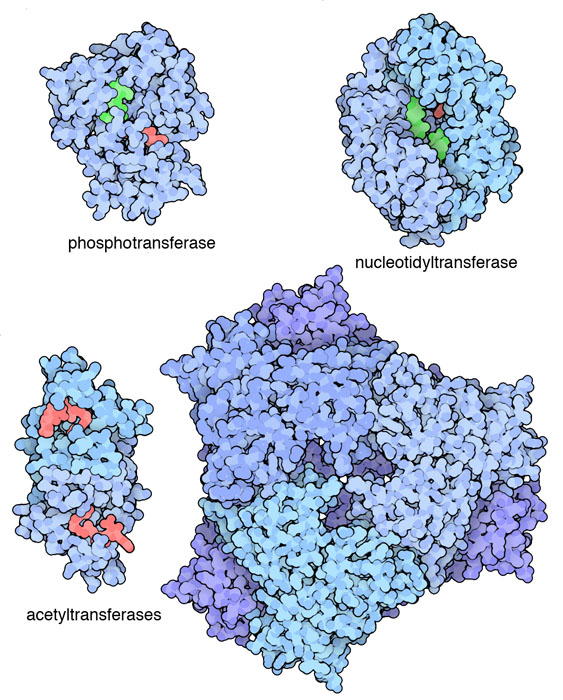 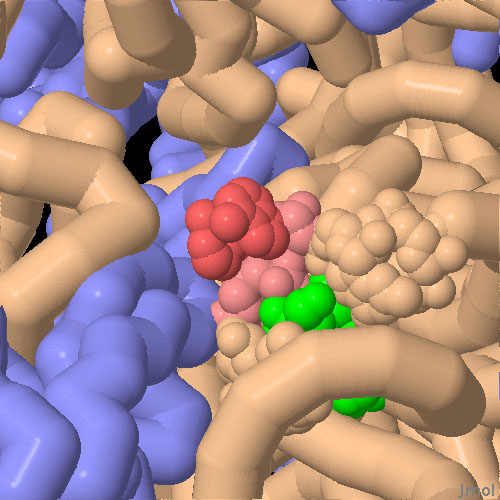 An amazing series of structures, in PDB entries 1j5e , 1ibm , 1ibk and 1ibl , have revealed the way that aminoglycosides work. Treatment with aminoglycosides causes the bacterium to incorporate errors into their proteins, and these corrupted proteins ultimately kill the cell. By comparing the structures of normal ribosomes with antibiotic-bound ribosomes, researchers have discovered that the antibiotics weaken the proofreading ability of the ribosome, allowing improper tRNA molecules to bind to codons in the mRNA. To explore these structures, click on the image here for an interactive Jmol.

doi:10.2210/rcsb_pdb/mom_2012_2
About Molecule of the Month
The RCSB PDB Molecule of the Month by David S. Goodsell (The Scripps Research Institute and the RCSB PDB) presents short accounts on selected molecules from the Protein Data Bank. Each installment includes an introduction to the structure and function of the molecule, a discussion of the relevance of the molecule to human health and welfare, and suggestions for how visitors might view these structures and access further details.More