Bound! is a card game for students 12 and up where players compete to match the most drugs to their protein targets. The Bound! card deck features 15 unique pairs of drugs and proteins with which they interact (Rules). There are six different card types that encompass three varieties of target-drug pairing: Cancer to Anticancer, Bacteria to Antibiotic, and Virus to Antiviral. The cards can be also used to play various memory games. Each pair is represented twice in the deck for 60 cards total.

This game is a collaboration between two data resources: RCSB Protein Data Bank (RCSB PDB) and the Cambridge Structural Database (CSD), which is curated by the Cambridge Crystallographic Data Centre (CCDC). 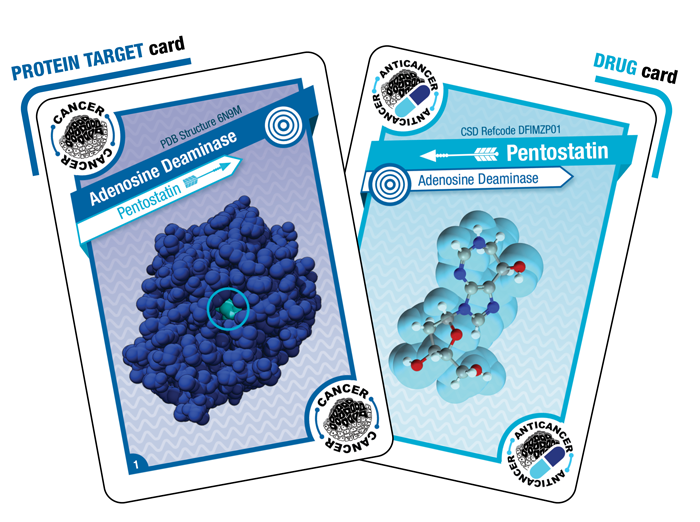 All cards in one PDF file 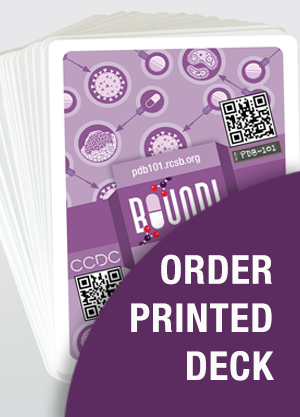 Many anticancer drugs block the proteins that are essential for survival of cancer cells, but may also affect proteins in human cells. Because the cancer cells divide more often than regular cells, the drugs are more toxic for cancer cells and slow down the tumor growth. As a result, many cancer therapies can have severe side effects.

Pathogenic bacteria cause many diseases including tuberculosis, pneumonia, or syphilis. The proteins that bind antibiotics are specific to only bacteria or are structurally different from human proteins, so that they don’t harm us.

Mechanisms of Action in Action: Inhibitors, Agonists, and Antagonists

The term mechanism of action refers to the specific biochemical interaction through which a drug produces its therapeutic effect. Except for Tamoxifen, the drugs shown on these cards are inhibitors. An inhibitor binds to a target protein and blocks the chemical reaction that the target catalizes..

The PDB-101 video A Molecular View of HIV Therapy presents four inhibitors in action: AZT, nevirapine, raltegravir, and saquinavir. Another video Penicillin and Antibiotic Resistance demonstrates the action of the inhibitor antibiotic penicillin. The Bound! game instructions detail the mechanism of action of another inhibitor antibiotic Erythromycin.

Tamoxifen has 2 modes of action. In certain tissues it works as an agonist, in others as an antagonist. When used in treating breast cancer, the drug acts as an antagonist. It means that it blocks or dampens the biological response by binding to and blocking the estrogen receptor. In some other tissues it can work as an agonist, which means it activates the estrogen receptor to produce biological response. To see an agonist and antagonist in action, watch the PDB-101 video Opioids and Pain Signaling. The video details the action of morphine, an opioid receptor agonist, and naloxone, an opioid receptor antagonist. 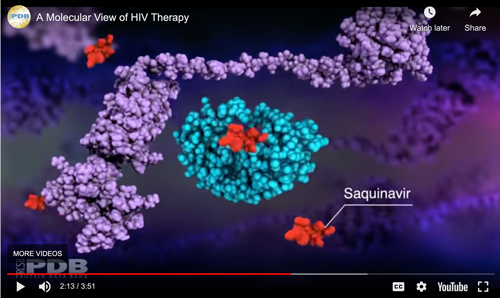 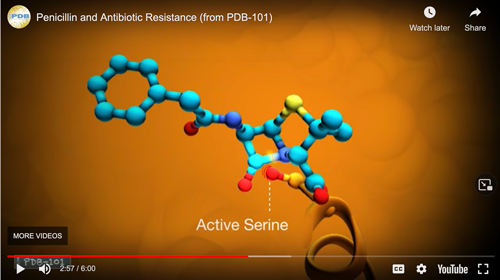 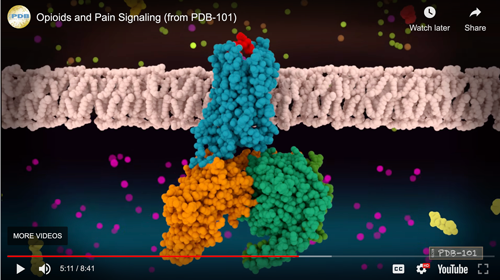 The PDB-101 browser category Drug Action lists the PDB-101 resources that explain how drugs modulate the action of proteins. The resources range from Molecule of the Month articles through curricular modules, posters, and videos to molecular landscapes paintings. 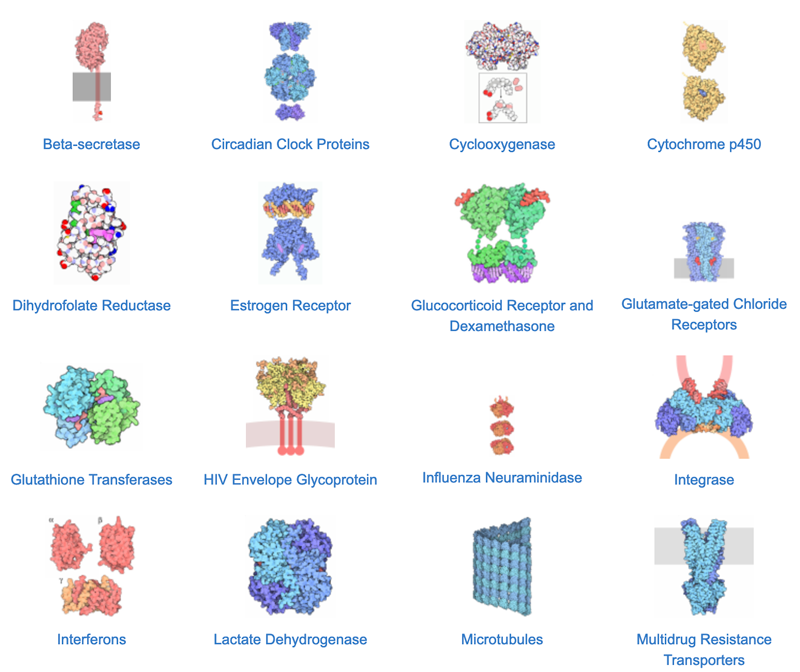 * In case of the HIV integrase, the structure 6LOC only contains the catalytic core domain. The drug and the DNA fragment shown in the cartoon style are superposed from an integrase from prototype foamy virus from PDB Structure 3OYA